The Top Tourist Sights In Italy – A Brief Look

Italy is truly a tourist’s paradise, with the most UNESCO World Heritage Sites found in the world. With the greatest cities of art and culture, Rome, Venice and Florence have been enticing visitors for hundreds and hundreds of years. But beyond the cultural treasures, Italy also boasts some of the most beautiful coastlines, mountains, and lakes. Needless to say, a list of top tourist sights in Italy could easily become a top 100 for any tourist. 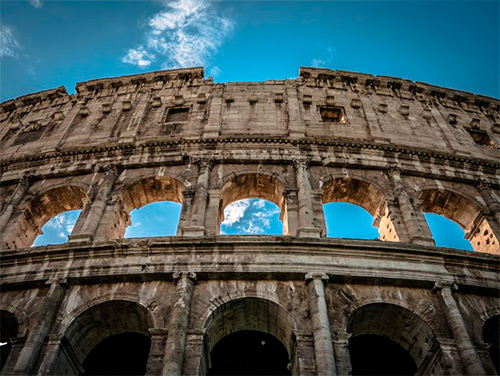 The Colosseum (A tourist favorite!)

The Colosseum is considered a “must see”. This Amphitheater is massive, and remains the largest one ever built during the Roman Empire. Today, the Colosseum stands in direct contrast to the modern city that surrounds it, and is a constant reminder of the ancient history of Rome.

The Canals of Venice

The famous gondola ride through the many canals of Venice has become practically a ritual with many tourists. Along the canals, old buildings have remained relatively intact for centuries. The Grand Canal is most famous, and probably the most photographed of tourist sites in Venice.

The Duomo (Cathedral of Santa Maria del Fiore) is one of the most remarkable cathedrals in the world, dominating the skyline of Florence. The dome is the most famous landmark, and tourists can climb the Belfry up to a viewing area with the most amazing views of the city of Florence.

The historical importance of the Roman Forum can’t be overstated – this was the very heart of the Roman Empire, with remains that have been standing for millennia. There are remnants of public buildings, temples, and markets – all of which embody the significance of ancient Rome.

In Venice, one of the most principal tourist sites is the St. Mark’s Basilica. In the famous square right in front of the Basilica (Piazza San Marco) tourists view the west-facing facade. Inside, the cathedral houses a treasure trove of artwork, along with many architectural features.

The Pantheon is remarkably well preserved as a remnant of ancient Roman. Unique in character, the incredible architecture serves to support the accomplishments of the Roman Empire. Those interested in the history will note that Italian monarchs and influencers are buried here.

For the most in-depth exposure to Rome’s history and heritage, another must-see is the National Roman Museum. In fact, exhibits are situated in several locations in the city. Roman artifacts are in the Palazzo Massimo alle Terme, with stunning sculptures in the Palazzo Altemps.

The Trevi Fountain stands 86 feet high and 162 feet wide and is the largest Baroque fountain in the city. Perhaps the most famous fountain in the world, the Trevi sits atop one of the original aqueducts that supplied water to the inhabitants of ancient Rome. Another must-see.

The Uffizi Gallery is a world-renowned art museum in central Florence. This is truly one of Italy’s most prominent museums, one of the largest, and one of the best known in the world. The Uffizi holds priceless works of art, particularly from the artists of the Italian Renaissance.